PAUA People - From Cuba to Berlin 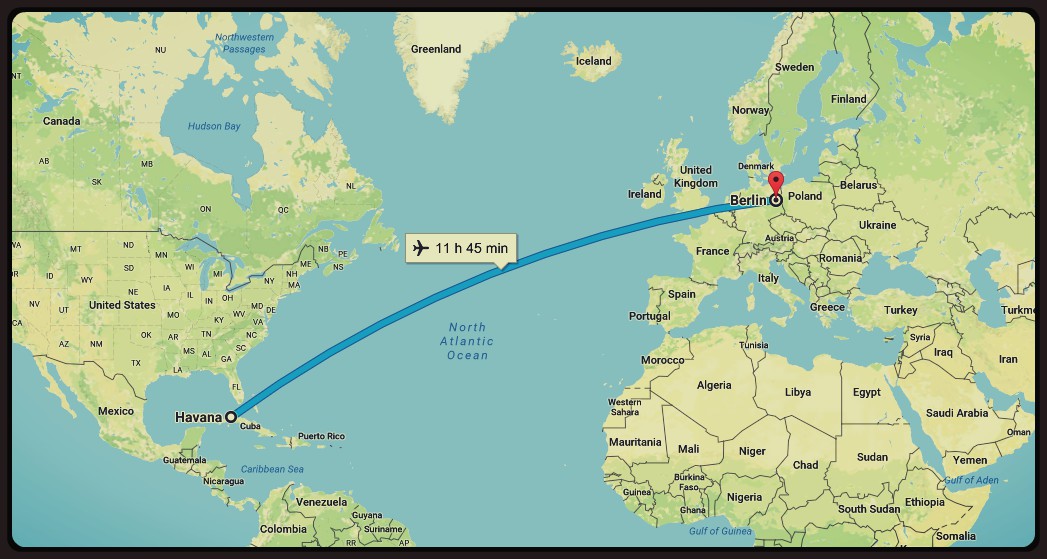 Name - Daniel Hernandez Bahr Age - 30 Title - Salesforce Developer Location - BerlinDaniel or Dani, as we know him here, has been working at EMPAUA for about 6 months. He is a Salesforce Developer which means that he provides and designs technical solutions for customers.Dani is originally from Santiago de Cuba but he studied IT at the University of Informatic Sciences in Havana. He has always been into computers and all that you can do with them. His interest started with video games but extended to programming at the age of 15. “For Cuba, 15 years is an early age to be interested in computers because there is a big technological breach. Even today Cuba is living give or take 20 years in the past in comparison to Europe” he adds.In a country like Cuba it is hard to find access to technology and that is why Dani learned the basics from books “We had books that were already old back then. They were about Pascal programming and MSX Basic but when you learn programming languages you get the fundamentals of analytical thinking that you need when working with computers”. In college, he had better access to the internet and after graduation he shared an office space with friends where he could work as an independent developer. That is also how he started doing freelance work for EMPAUA.

The idea for Dani to move to Europe came up quite quickly and he was happy to do it “At first I thought this was a good job opportunity and a chance to move to Europe. Then I read about Teal organizations and Holacracy that we have in EMPAUA and I thought WOW! This is the best professional move to make”. Now that he has been here for a few months, Dani really likes the culture and the way we work together. He says that instead of coworkers he has friends which he thinks is the best way to work (and we agree!). “I think my favorite time was when we all went for the company Summit in Barcelona. I really got to know everyone, we partied together, went swimming and just had fun”.Moving from Havana to Berlin is quite a big change but Dani says that Berlin is actually quite similar to Cuba. For example he thought that trains would be more efficient and people more distant. He noticed however that the trains are not always on time and people are super friendly. He also tells us about an interesting experience with seeing snow for the first time in his life “It felt like crushing cockroaches under my feet so I am not a fan of it. I thought it would be more like cotton candy but it’s actually like the frost in the freezer”. Maybe Dani will like the snow in the Alps more ;).

In his free time, Dani likes to walk around Berlin with his wife, visit museums, go to pubs and parties. “There are a lot of events organized by EMPAUA people regularly so I’m never lost for things to do”.Dani plans to stay in Berlin for at least the next 5 years. He says that he would like to learn more about Salesforce, speak better German and maybe even go back to his childhood dream of building games. He also imagines staying with EMPAUA long term “the mission of EMPAUA is to make the leaders of tomorrow and maybe one day I will open my own startup and EMPAUA will give me the opportunity to do this within its ecosystem”.Dani’s tip for people applying to EMPAUA is to remember that cultural fit is more important than the tech knowledge “If you are a developer, you don’t need to know Salesforce because the platform can be learned with some effort. If you are a good developer then you’ll be a good developer also in Salesforce. But of course, if you are a Salesforce developer then congratulations” he says with a big smile.